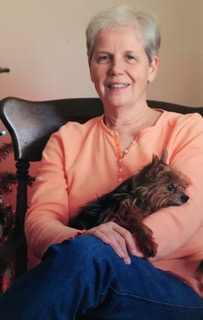 KALKASKA, Mich. — Yvette Sue Miswick, 73, Passed on to our Lord on Feb. 17, 2018 from complications to Lewy Body Dementia. She passed with family by her side as a resident of the South Green House at Kalkaska Memorial Health Center, 419 S. Coral St. Kalkaska, MI.

Yvette was born in South Bend, Ind. on Oct. 22,1944 to Thaddeus Edwin and Pearl Louise (Lipp) Miswick. Her parents, grandparents, and many aunts, uncles, and cousins were and still are longtime residents of Niles, Mich. and the surrounding area.

When Yvette was four, her family moved and settled in Brevort, in Michigan’s Upper Peninsula. There, along with other family members, they built, owned, and managed three different motels and a restaurant, which overlooked the beautiful beach and waters of Lake Michigan.

Yvette graduated from St. Ignace LaSalle High School in 1962. After graduation, she returned to the Niles area where in 1964 she met and married John Michael Soltis. They were married for 15 years and had two children, Suzanne (Soltis) Prentice, (Tim) and Stephen Soltis. In 1973 the couple settled in Gladstone, where Yvette was inspired as an artist. Lovingly referred to as “Gypsy,” Yvette and her free spirit traveled and settled in many locations through the years, including Michigan, Montana, Maryland, Virgina, Florida, Wisconsin, Washington, and Maine. While living in Montana for a number of years, she met and married Jeffery Lance Govi (1997-2005). Yvette enjoyed several jobs through the years, from a bus driver for the Head Start program in Rock/Perkins, manufacturing in Traverse City, Mich., an activities coordinator for an assisted living home in Anaconda, Mont., to receiving a degree in addiction services from Salish Kootenai College in Pablo, Mont. Though she had many versatile skills, Yvette was best known for her amazing artistic abilities. In the early 1990s her Huckleberry Bear was featured on QVC where 150 bears sold out in a matter of minutes. She was also interviewed in a local news article, which reported on her painting of the alphabet and correlating pictures on her Head Start bus. You could often find her and her work in the art shows across the U.P. of Michigan. Yvette and her spunky personality will be greatly missed by her family and friends.

Yvette was preceded in death by her parents; grandparents John and Helen (Botwinski) Miswick and John and Ethel Mae (Lancaster) Lipp; sisters, Suzanne Miswick and Janet (Corrigan) Miswick; niece and nephew, Colleen (Corrigan) Olmstead and Thaddeus Corrigan; and many aunts, uncles and cousins. She is survived by her former husbands, children and son-in-law; grandchildren, Ashlie, Anthony, and Joshua (Terri); great-grandchildren, Faith, Noah, Eli, and Christian; and several nieces, nephews, and cousins.

There will be a casual graveside ceremony at 11 a.m. on Friday, Aug. 10, 2018 at the Western Cemetery in Brevort, Mich. A luncheon and celebration of her life will be held at the Trinity Lutheran Church, 4528 Fisherman’s Drive Brevort, Mich. immediately afterward. You are encouraged to bring and share any of Yvette’s artwork you may own.