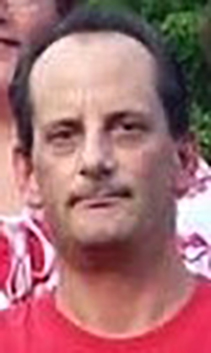 He was born on Nov. 12, 1966, son of Gordon J. and Dolores A. (Marmalick) Hermes. Bill was born in Ironwood, and in 1969 relocated to Escanaba with his family. He graduated from Escanaba High School, class of 1986.

Bill resided in Green Bay, Wis. for several years working as a mechanic and a driver for a trucking company.

He enjoyed working on projects and was known for taking things apart and not putting them back together. Bill was an avid NASCAR fan; he loved tinkering with his CB radio and online gaming.

Survivors include his siblings, Peter (Carol) Hermes of Tucson, Ariz., LuAnn (Paul) Hay of Escanaba, Chris (Mike) Lukasik of The Villages, Fla., and Sara (Ed) Flath of Wells; and several nieces and nephews.

He was preceded in death by his parents; and a sister, Mary Richardson.

Private graveside services will be held at Holy Cross Cemetery in Escanaba at the convenience of the family.

The Crawford Funeral Homes are assisting the Hermes family.

ESCANABA — At the end of each school year, superintendents and their administration create a budget for the ...

MENOMINEE — One woman was sent to the hospital Tuesday after being attacked with a knife at the Menominee ...