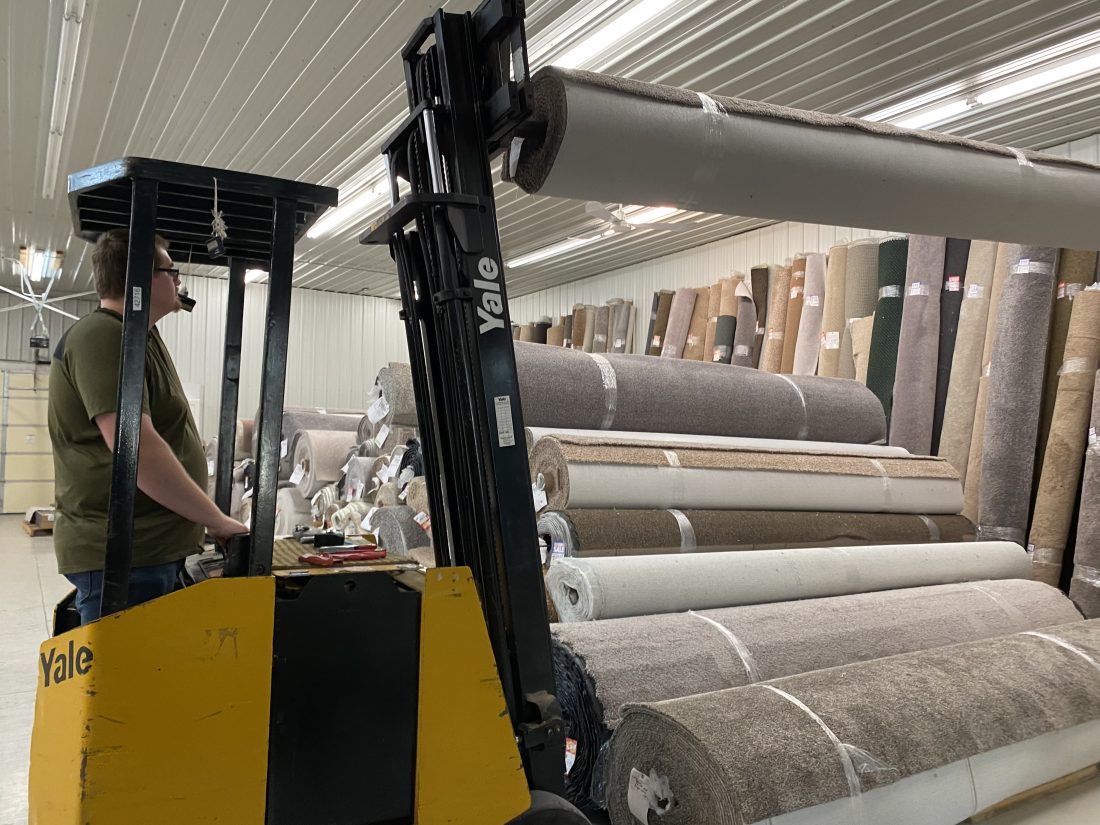 ESCANABA — As a result of Michigan’s recent lockdown, business has been strong for a number of local stores providing supplies for home improvement projects.

Kelly O’Connell, owner of T&T True Value Hardware in Escanaba, said it took a while for people in the area to adjust to the “new normal.”

“It wasn’t business as usual at first,” he said.

However, things soon changed for the store.

“With a lot of people being quarantined, they did a lot of painting and cleaning,” O’Connell said.

According to O’Connell, economic relief efforts this spring were a key factor behind the trend.

“The stimulus check really helped … people do some of the projects they’re doing,” he said.

As many people are still hesitant to eat at restaurants, O’Connell said home cookouts have been a popular option this summer. This has helped T&T True Value Hardware, as well.

“We’ve been selling a lot of grills,” O’Connell said.

He noted both gas and charcoal grills have been selling well at the store. Additionally, paint has been a popular item at T&T True Value Hardware as of late.

The current demand for paint has also been helpful for Sherwin-Williams.

The store re-opened the day after Memorial Day. Before then, customers were able to buy paint from the store but could not go inside.

“During quarantine, we were just open for curbside,” McNamara said.

When the pandemic began, McNamara said local residents were mostly working on ­cabinets and other interior projects due to the cold weather at the time. As temperatures have risen in the area, deck products have become increasingly popular at Sherwin-Williams.

McNamara also pointed out the impact COVID-19 had on the types of people buying paint at Sherwin-Williams. Normally, the store’s customer base consists of roughly 60 percent contractors and 40 percent homeowners. As contracting work was largely put on hold during quarantine, this changed for a while.

“It was interesting, to have that flip around,” she said.

For many people working on home improvement projects, flooring is the finishing touch.

Because of this, Fishell said sales have been strong at Butch’s Carpet Center lately.

“It’s probably up 20 percent over normal,” he said.

Butch’s Carpet Center re-opened a few weeks before restrictions in Michigan were officially lifted. Fishell said the store had to work on some essential jobs for local businesses.

The store has since completely re-opened.

“We’re back in full service with installation,” Fishell said.

Meanwhile, many people looking to enhance their homes’ exteriors have been busy gardening. In a post on its Facebook page earlier this month, Chenier’s Greenhouse announced its Gladstone location would be closing for the 2020 season. Due to high demand, products at the greenhouse had sold out.

“We thank all of you for shopping, spreading the word about us to friends, and interacting here on (Facebook),” the post — which was credited to the Chenier family — stated.

ESCANABA — At the end of each school year, superintendents and their administration create a budget for the ...

MENOMINEE — One woman was sent to the hospital Tuesday after being attacked with a knife at the Menominee ...