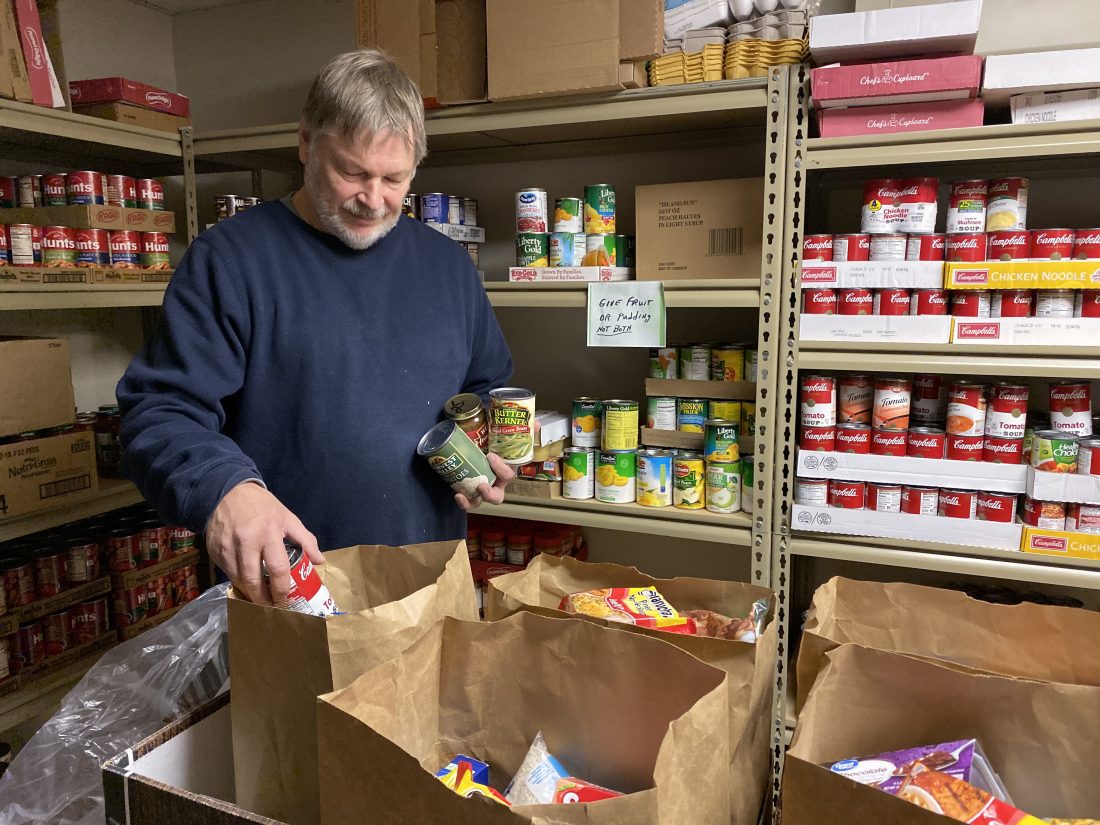 ESCANABA — With the holiday season approaching, representatives from local food pantries spoke recently about the food items they are likely to need over the next few months.

At the Salvation Army of Escanaba, Major Alex Norton said demand at his food pantry generally increases a bit during the winter. This is due in part to the fact there are fewer events where food is given out at this time of year.

“A lot of times, there’s not so many freebies during the winter,” he said.

Some food items the Salvation Army is currently seeking are Thanksgiving and Christmas favorites.

“What we add for the holiday season is whole chickens and turkeys … (and) all the fixings for that kind of stuff,” Norton said.

Additional items the Salvation Army will need during the holiday season include stuffing and cranberry sauce.

These are not the only items the pantry is seeking in late 2019, however.

“It coincides with the St. Vincent de Paul food baskets and the distribution of toys,” she said.

A great deal of support is provided to the pantry during the holidays, as well.

“That’s the time of year that the churches have a food drive,” Van Ermen said, adding the pantry is also supported by a large number of local businesses, organizations and schools.

Van Ermen thanked people and organizations in the area for their donations to the food pantry.

“They support all of us who are working for service to others for their needs,” she said.

Bay College’s food pantry began operating in November 2017. Jill Wiese-Martin, director of TRiO and the pantry’s supervisor, said she has seen business at the pantry increase during previous holiday seasons.

“Money is tight — especially for students,” she said regarding the cause of this increase.

Wiese-Martin said business at the pantry will likely start picking up later this month. She expects the trend to continue through the end of Bay’s fall 2019 semester in late December.

According to Wiese-Martin, Bay’s pantry has placed a large order with Feeding America West Michigan in anticipation of heightened demand. Local organizations and businesses — including the Community Foundation for Delta County, the Escanaba Rotary Club and Aldi — have been supporting the pantry recently, as well.

In addition to this support, Wiese-Martin said donations from community members are welcome. She noted the pantry is looking for traditional holiday food items, including some it does not normally stock.

“We might want to put some on the shelves,” she said.

ESCANABA — Hot on the heels of Tuesday’s announcement that the U.P. State Fair has been canceled for 2020, ...

ESCANABA — Tomorrow is Independence Day, and — despite the impact of COVID-19 — many special events are being ...

No paper on 4th of July

ESCANABA — The Daily Press will not be published Saturday, July 4, to allow employees to celebrate the Fourth of ...

MANISTIQUE — Two Manistique residents were arrested and arraigned on drug-related charges after an apparent meth ...

Board has authority on guns at Mich. Capitol

LANSING (AP) — A board overseeing Michigan’s Capitol determined it has the legal authority to decide whether ...