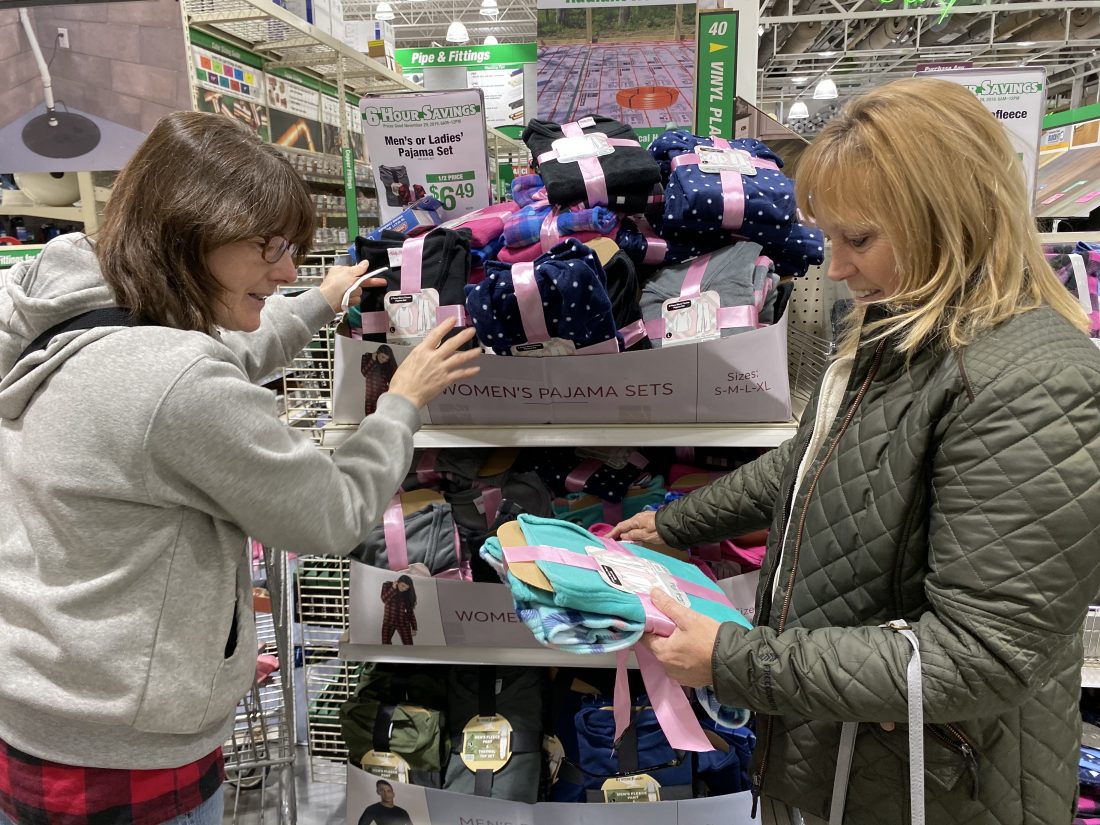 ESCANABA — Today is Black Friday, which marks the start of the holiday shopping season. Representatives of local retailers are expecting sales today to have a sizable impact on business at their stores.

At the Menards store in Escanaba, Black Friday is the biggest sales day of the year. The store was closed on Thanksgiving Day and re-opened at 6 a.m. today.

Based on the store’s successful year so far, Strasser said he expects its Black Friday sales numbers to be higher than those recorded in 2018.

“The way things are going this year, it’s going to be better than last year,” he said.

According to Strasser, about half of the deals featured in the two-day sale are on items Menards does not normally carry.

“That’s our goal, is to have something for everybody,” he said of the sale.

Electronic “gadgets,” off-brand tools, kayaks and night vision binoculars are among the unique items offered in the two-day sale.

“Menards strives to make it as fun for our customers as it is for our team members,” he said.

While Black Friday is also an important day at the Meijer store in Escanaba, Store Director Jessica Daniels Warner said holiday sales at the store started well before today.

“Our week kicks off with our Thanksgiving ad,” she said.

Deals featured in this ad have been available since Sunday, Nov. 24 and will run through Saturday, Nov. 30.

According to Warner, Meijer’s strategy of having deals available throughout the week is intended to make it easier for people to fit holiday shopping into their schedules.

“We know that families are busy and on the move,” she said.

The store is offering deals on TVs, video game consoles, toys, apparel and many other products during the week, as well.

Smaller stores in the area have also been gearing up for a busy day today. Kelly O’Connell, owner of T&T True Value Hardware in Escanaba, said the deals featured in his store’s Black Friday circular started on Monday, Nov. 18 and will run through Sunday, Dec. 1.

“We do have a lot of sales going on right now,” he said, adding his store’s holiday shopping season has gotten off to a strong start.

According to O’Connell, 2019 marks the second year True Value has offered its Black Friday deals for this amount of time. Handling holiday sales this way also means shoppers do not have to worry about products they are looking for not being available at T&T.

“If we run out of an item, we can give our customers a rain check,” he said.

O’Connell said he expects the store’s dog beds and Christmas lights to be popular. Additionally, he highlighted a deal allowing customers to buy one gallon of EasyCare paint and get another gallon free.

In Manistique, Treasure City Manager Debbie Hase said Black Friday is one of the gift shop’s busiest days of the year.

“It’s pretty significant for us,” she said.

The store’s biggest sale of the year, “Super Saturday,” took place on Nov. 16.

Treasure City will still have some noteworthy deals available for shoppers today.

ESCANABA — After the recent announcement that the U.P. State Fair has been postponed until 2021, Delta County ...

Hair cuts. Massages. Tattoos. Pedicures. Manicures. These were just some of the luxuries lost as businesses faced ...

ESCANABA — Many Delta County voters will have an opportunity to determine the future of funding for Delta Area ...