Teen gets prison for assault 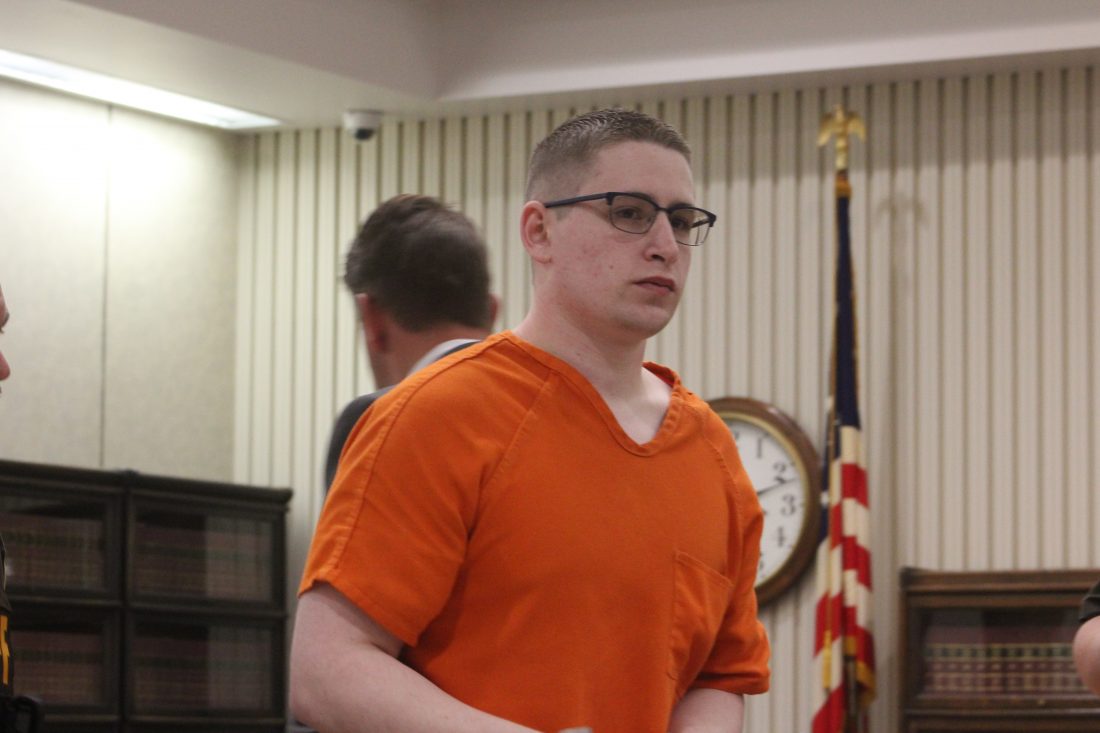 ESCANABA — A Gladstone teen, who faced criminal sexual assault charges in two cases involving codefendants, was sentenced to a minimum of 40 months in prison in Delta County Circuit Court Friday.

“The goals for a judge in sentencing are not just ‘he did a heinous act, give him the maximum.’ It’s a weighing of four things. Punishing you, Mr. Gallagher, for the two very serious criminal acts that you did commit, and deterring of others. For instance, if I were to give you a slap on the wrist for what you did that sends a message to this community and to everybody else that it’s OK — that if you do bad things, serious things may not happen. That’s what deterring society means. Rehabilitating you is the third goal, and protecting society from you is the fourth goal,” said Dickinson County Circuit Court Judge Mary Barglind, who has been serving on the cases.

In one case, Gallagher pleaded guilty to criminal sexual conduct – third degree, a 15-year felony with required lifetime registration as a sexual offender.

The case involved one codefendant, Dylan Michael-Patrick McDonough, 19, of Gladstone, who has already been sentenced for his part in the assault.

The charges in the case stem from an incident in June 2017 in Gladstone. Gallagher was sentenced to a minimum of 40 months to a maximum of 180 months in prison, and was given credit for 350 days already served in this case.

In the second case facing Gallagher, he pleaded guilty to criminal sexual conduct – third degree, a 15-year felony and lifetime registration as a sexual offender.

The charges stem from an incident in August 2018 in Masonville Township. Two other teens faced charges from this incident — Tanner James-Arthur Cannon, 18, of Gladstone, and James Michael Greenlund, 19, of Rapid River.

Cannon took a plea agreement, which requires him testifying in Greenlund, McDonough and Gallagher’s cases. As a result, he won’t be sentenced until after Greenlund. Greenlund, who is currently scheduled for a trial on Oct. 22, also had a motions hearing Friday. (For more, see related story.)

In the second case, Gallagher was sentenced to a minimum of 40 months to a maximum of 180 months in prison, and given credit for 374 days already served. The defense had asked for Holmes Youthful Trainee Act (HYTA) status, which would have kept Gallagher’s conviction off his public record, but HYTA was denied.

The sentences for both cases are to be served concurrently, and Gallagher will have to register as a sex offender for life. He was also ordered to pay $456 in fines and costs.

During the hearing, Gallagher was provided time to address the court and his victims.

“As you know, and many others, I am in this courtroom for a reason. And that reason is my actions against the community. I sincerely apologize to (the victims). What you had to go through was horrific and unacceptable,” he said.

Both victims also got up and addressed the court with statements.

One of the victims spoke on how her first high school party — the night she was allegedly assaulted by Gallagher, Greenlund and Cannon — has affected her well past that night.

“The damage resulting from his selfish, disgusting acts has extended much farther past that night,” she said. “I struggled with intense nightmares for weeks. My self-image was shattered. Medication keeps the nightmares at bay, but I still struggle with waking up in cold sweat, drenched sheets. I felt isolated from the entire world and couldn’t stand the feeling of my own skin.”

The victim in the other case also spoke on the events leading up to her assault and the effect of that night. She said she finally felt safe knowing she would never hear of any more of her friends going through the same trauma she and the other victim went through at the hands of the defendants.

Barglind addressed Gallagher and told him how his actions would forever have an affect on the two victims.

“Although I believe the victims in this case are going to survive and do very well, their scars and what they suffered from will probably affect them longer than what’s going to be the long term impact for you,” she said.