Jordan Beck | Daily Press Ron Beauchamp, owner of Woodland Equipment, sits in the cab of a Tigercat 1165 harvester his business has on display at the 74th Annual Great Lakes Logging and Heavy Equipment Expo Friday. Today marks the third and final day of the event, which has been taking place at the U.P. State Fairgrounds.

ESCANABA — Today marks the third and final day of the 74th Annual Great Lakes Logging and Heavy Equipment Expo, which has been taking place at the U.P. State Fairgrounds this week. Exhibitors and attendees at the expo Friday said the event — one of the forest products industry’s largest events in the Midwest — has been going well.

“The chamber and staff here at the fairgrounds is awesome to work with,” Schienebeck said.

Despite its shifting location, Schienebeck said attendance at the show has been relatively consistent in recent years.

He expected overall attendance numbers for 2019’s expo to end up being in line with this.

Some new vendors are attending the expo for their first time ever this year, including Karban’s Spray Painting and Sandblasting, LLC of Coleman, Wis.

Although Karban went into business on his own about a year ago, he said he has more than 20 years of experience.

“I thought maybe coming here would be a good way to get (my) name out there,” he said.

Kevin Igielski, vice president of equipment sales for Royal Truck & Trailer Sales & Service, Inc., said his business’ first visit to the expo was off to a slow start in terms of sales.

However, he noted the event had been useful as a networking opportunity.

“We’ve had some good conversations with some of the other vendors,” Igielski said.

Aside from the presence of new vendors, Schienebeck said the expo has largely stayed the same in recent years.

“That’s not easy to do in today’s market,” he said, noting attendance and participation levels for some other industry events have declined over the years.

Stacy Allen, of La Farge, Wis., who previously worked for her father in the forest products industry, said she is happy the expo has continued to operate without any dramatic changes.

“I’m just glad they still have it to inform people about this kind of stuff and a different way of life a lot of people don’t know about,” she said.

Many vendors have returned to the expo for 2019 — including Woodland Equipment of Iron River. Owner Ron Beauchamp said his business has been in attendance at the event for 50 years.

Among other pieces of heavy equipment, Woodland has a Tigercat 1165 harvester on display at the expo. This harvester is the second of its kind Tigercat has built.

“We got the first one a month ago,” Beauchamp said, noting Woodland did demonstrations of the first harvester for four weeks straight.

The Tigercat 1165 is a smaller variant of an existing Tigercat harvester that is well-suited to the Upper Midwest’s forest products industry.

“The 1165 was built for the Great Lakes market,” Beauchamp said.

Beauchamp said the Great Lakes Logging and Heavy Equipment Expo is an ideal way for Woodland to make connections with its customers and other people in the industry.

“This is our prom for the year,” he said.

Morbark, LLC of Winn, Mich. is also showing heavy equipment at the expo.

For this year’s expo, Morbark is showing a pair of horizontal grinders known as “Wood Hogs.”

“They grind stumps, trees (and) slash left over in the forest,” Traynor said.

According to Traynor, the expo has helped Morbark and its products gain exposure.

“It gives the loggers a chance to put their hands and eyes on the machinery,” he said.

“I like to look at all the new iron,” Mark Hentkowski of Rogers City, Mich. said.

“It’s a nice time to get away and do a little visiting,” Gene Brzoznowski, owner of Brzoznowski & Sons, LLC of Sagola, Mich., said.

Mary Lowe — vice president of Lowe Equipment Attachments of Viola, Wis. — said she likes talking to customers during the expo, which her business has now been present at five times.

She added the event is a useful source of feedback for Lowe Equipment Attachments.

“It does give me a perspective of what people are wanting … what their needs are,” she said.

The Great Lakes Logging and Heavy Equipment Expo will be open today from 8 a.m. to 1 p.m. There is a fee for admission. For more information, visit www.gltpa.org.

NEW YORK (AP) — A second wave of flu is hitting the U.S., turning this into one of the nastiest seasons for ...

Take it slow when removing snow 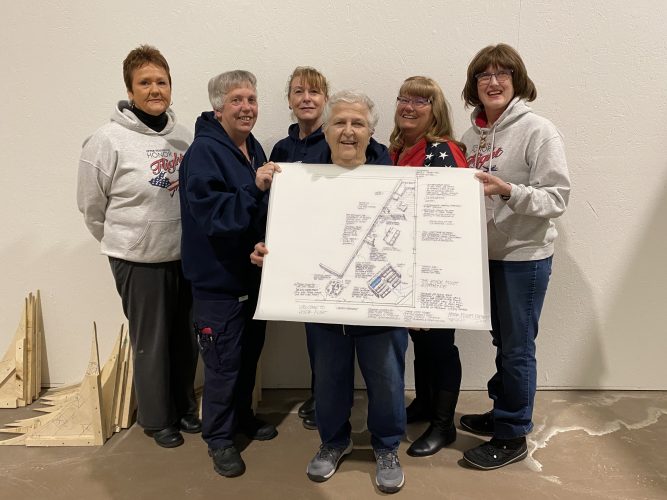