Deputies were called to the vacant building after someone reported they noticed the building had been broken into and damage was done inside on June 22.

According to the sheriff’s office, several rooms were vandalized. Ceiling tiles were knocked down, which caused blown insulation to fall onto the floor. Several doors leading into classrooms had glass broke out of them and one room had painted graffiti on the walls, a deputy said.

Deputies collected pieces of broken glass that contained fingerprints, which are going to be sent to the State Police crime lab for analysis.

The case remains open and under investigation.

The owner said she placed her riding lawn mower and her push lawn mower in her front yard for a company to pick them up for service on May 21.

The owner had been on vacation, but when she had gone to pick up the mowers, only one was there. The company said there was only one mower when they went there to pick them up.

The orange Husqvarna push lawn mower is valued at $357.

WELLS TOWNSHIP — A portable lighting set was stolen from the Escanaba River Bridge site, according the Delta County Sheriff’s Department.

On July 3, a construction company, based out of Harvey, reported one of there two portable lighting sets was stolen sometime between June 10 and June 26 at the Escanaba River Bridge site.

The unit has a red Honda generator, a black cart/trailer and a silver telescoping light pole with lights on it.

The estimated value of the stolen property is $4,000.

The case remains open and under investigation.

ESCANABA — An asphalt trailer caught fire near the 900 block of Lincoln Road in Escanaba Tuesday, according to Escanaba Public Safety.

Officers were called to the trailer fire at 11:28 a.m. Once officers arrived, the fire was put out by foam from a fire truck.

According to officers, the scene was cleared by 11:44 a.m.

The fire was originated inside the asphalt tank. There was no damage estimate.

Due to the fire being contained inside the asphalt tank, the cause of the blaze could not be determined. 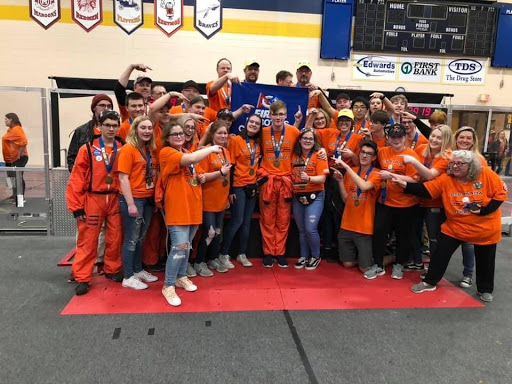