NEW YORK (AP) — Every month, the 30 staffers at Chris Boehlke’s public relations firm each get $100 to pay for anything that contributes to their wellness. And not just for typical expenditures like gym memberships or yoga classes.

“You can get nails done, anything you feel is helping your overall well being,” says Boehlke, co-owner of San Francisco-based Bospar. The company also has flex time and a generous time off policy including 17 paid holidays each year.

As a result, Boehlke says, the 5-year-old company has lost only two staffers.

Many small business owners are starting wellness programs to help employees be healthier, happier and more likely to stay. Wellness efforts encompass a wide range of benefits and services, including gym subsidies, stipends for classes and activities and apps that help motivate staffers to exercise and take care of themselves. Owners are aware that many big companies have wellness programs, an advantage when it comes to recruiting and retaining staffers.

Rob Wilson sees interest in wellness programs growing among his small business clients, and his company, human resources provider Employco, is focusing more on these programs.

“A lot of it so far has been online classes and health coaching, also a lot of online tools right now that employees can access anywhere to help them keep track of what they’re doing,” says Wilson, whose company is based in Westmont, Illinois.

“The companies doing it are really interested in keeping their employees,” he says.

They also want to care for staffers who can be sacrificing good health habits by working long and hard hours. At MonetizeMore, an advertising technology company, CEO Kean Graham has sensed that the sedentary lifestyle of his more than 100 staffers has taken a toll. He’s seen extended absences and depression, and staffers have said that they’ve gained weight.

“We came up with a steps program that measures everybody’s number of steps per month via their smart watches or apps on their phones,” says Graham, whose company is based in Victoria, British Columbia. After several months, he saw an improvement in absenteeism and spirits.

The 100 employees at Birch Coffee get stipends toward a variety of wellness activities, and the company pays for monthly massages at its 14 New York stores. Birch is trying to offset the physical and mental stress staffers encounter, co-founder Jeremy Lyman says.

“Each barista engages with hundreds of people every day,” Lyman says. “Mentally, it can take its toll, and you’re standing on your feet for seven hours.”

Some owners sign up with companies that run structured wellness programs. These can include encouraging staffers to take care of their health with weight-loss and smoking cessation aids, health screening and coaching and apps to track steps, calories and other metrics. Some businesses have point systems and competitions to reward staffers.

Nearly all the 86 employees at Connor & Gallagher OneSource take part in its program created by a wellness software company, says Kayla Roeske, the director of client wellness at the Lisle, Illinois-based human resources and employee benefits firm. She finds that staffers are more likely to participate fully when the program is presented to them in a positive way, rather than the company coming across as “Big Brother” trying to control them. The company doesn’t get individual data but instead “we can see aggregate data from an organizational standpoint that tells us where we are year to year,” she says.

Owners need to steer clear of being overbearing and negative about employees’ health. While a boss might be happier if staffers didn’t smoke or if they lost weight, if the company comes across as intrusive, it could lose good employees.

“If you start to push decision-making and judgment on these things, that’s where you may begin to cross the line,” says David Lewis, CEO of OperationsInc, an HR provider based in Norwalk, Connecticut.

IRON MOUNTAIN — Pine Mountain Ski Resort in Iron Mountain has announced Sam Bracket has taken over as the manager ...

ESCANABA — With the impacts of COVID-19 on our local business community already in effect, in addition to good ...

Column: Look toward the future 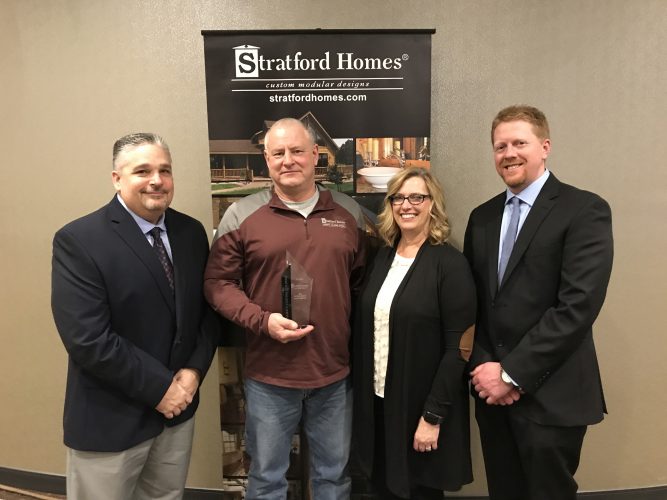 Column: What a difference a week makes

ESCANABA — The COVID-19 virus has invaded our lives whether we have the actual virus or not. We have seen ...

LANSING — Economic assistance for small businesses around Michigan that have been negatively impacted by the ...