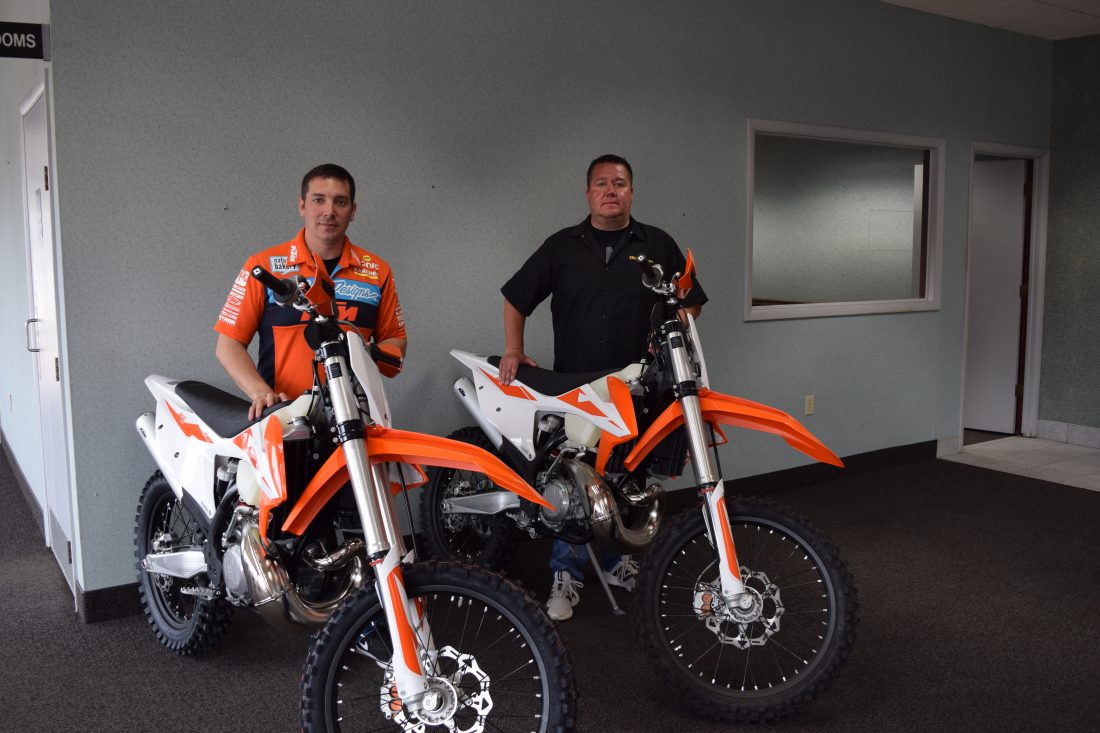 ESCANABA — The power-sports company RaceDriven has moved into the old Northern Motor’s building in downtown Escanaba. This is an expansion of the company’s current distribution center located at 501 Stephenson Avenue in Escanaba.

RaceDriven has been in business for nearly 13 years. The company is both a manufacturer and a distributer of ATVs, UTVs, dirt bikes, and more. The manufacturing facility is located on Danforth Road.

The reason for the expansion in distribution is RaceDriven’s recent buy-out of Polaris KTM from Riverside Dodge. KTM is a manufacturer known for its off-road motorcycles. RaceDriven C.E.O. Brian Heiting, stated the purpose of the buy-out was to improve the available products for customers.

RaceDriven has also recently bought out Zambon’s North Country Sales, which is located on US-41 in Marquette.

Since this is an expansion and not a move, the current distribution center, where RaceDriven has been located since 2015, will continue to be open for business.

According Heiting, much of RaceDriven’s business is done through online orders.

“We sell all over the world” he said. “We have about 250 dealers in the U.S. and three distributors in Canada.” Heiting also mentioned the company sells products in Australia and Russia.

Despite this worldwide customer base, Heiting believes there is an excellent market in Escanaba.

“We see there is a huge opportunity here in Escanaba to be able to sell Polaris and KTM,” he said.

The old Northern Motor’s building provides many benefits to RaceDriven. One of these is the new downtown location as opposed to a location on the highway.

“When you’re going down the highway where everyone seems to locate … you don’t see the business” Heiting said. “This Northern Motor’s building has been a staple of downtown forever. People are gong to notice it.”

The new location will be managed by Jesse Zambon.

LANSING — Most stores were forced to close through the entirety of April due to the coronavirus pandemic, and the ...

ESCANABA — I want to take a moment to encourage you to get in touch with the outdoors. Spring is here, which ...

Column: See you at the fair

ESCANABA — Have you been thankful for living in the U.P. these past few weeks? I have. As measures are enforced ...