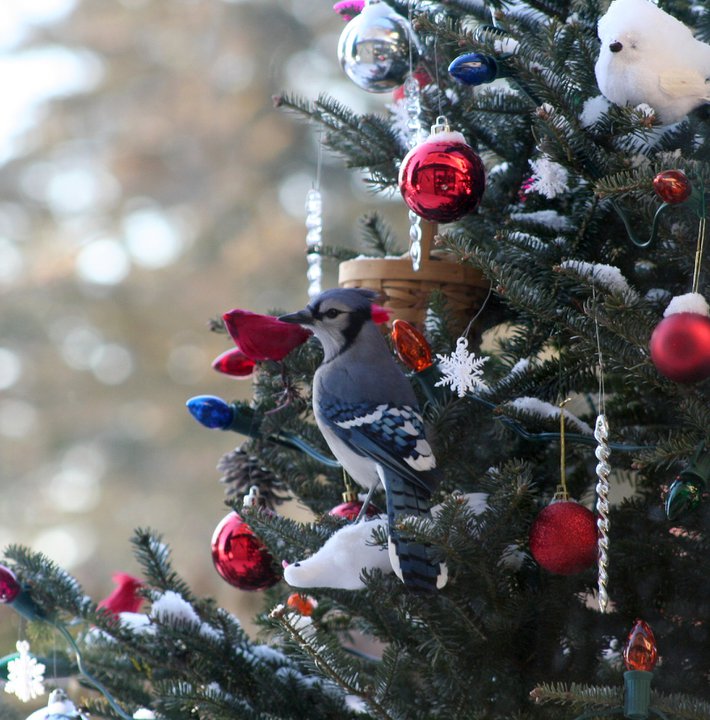 ESCANABA — The blue and the gray are pretty popular around here in the wintertime.

The blue is the icy, cold, clear sky when temperatures are frigid.

The gray is the horizon of endless arms of trees reaching up to the snow clouds.

There is another pair of blues and grays out there, too, that stay with us all winter long.

The blue jay, brilliant and bold, looks like a Civil War union soldier complete with cap. The gray jay (blue’s cousin) wears the colors of a Confederate, even though his home range is very north.

Gray jays, or “Canada jays” as they are also called, are beautiful, smoky birds with soft white undersides. It looks like they’re wearing long johns.

Even though these birds are cousins, they could not be more different.

Everybody knows and loves the flashy, handsome blue jay. His table manners are not always the best at the bird feeder. He can be messy, loud and a bit bossy with the other birds, but you’ve got to love this hometown boy.

The gray jay, on the other hand, is not a popular bird. Many birders don’t even know he exists. Gray jays like it on the wild side. Their home territory is wherever there are conifer trees, especially spruce trees.

Perhaps your grandfather told stories about gray jays out at the logging camps or at deer camp. This unique bird is a scavenger who has been known to steal a little bacon fat, cornmeal, or jerky from folks. They stash food in tree bark for later use. Even Native American tribes have stories about the gray jay living alongside them and “borrowing” bits of food from time to time.

Some of the gray jay’s many knick-names are the “lumberjack” or “whiskey jack.” Like a hardy Yooper, this bird is at home in the grey winter world. It even lays its eggs in the snow-covered spruces in February or March! They mate for life.

The U.P.’s other jay is a bird of a different feather. Blue jays are everywhere. At home in town or in the country, they like deciduous trees and conifer trees. Mr. Blue Jay is happy to eat at your bird feeder or hunt down its own insects and nuts.

Blue jays are as loud as gray jays are quiet. Blue jays also mate for life, but they are not choosey about their nest locations. They will use an old robin’s nest, a tree branch or an old mailbox as a place to rear its young.

The blue jays like to stay together and travel with family or in small groups. This can be helpful when there is a predator about. The “blues” have several warning calls that they make that alerts all the birds to an approaching hawk or cat.

The showy blue jay raises his crest feathers on his head like the royal king of the north. The gray jay hides his eyes with a black mask and flits off into the forest.

Invite the “Jay” cousins to your bird feeder.