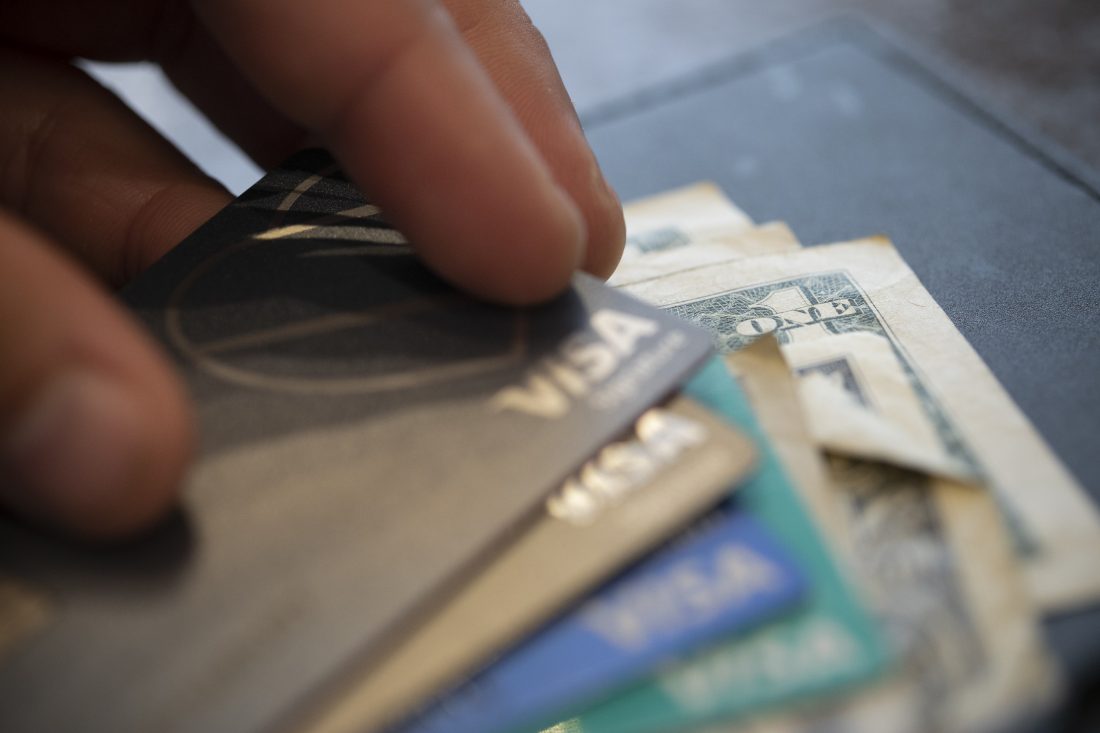 In this Aug. 11, 2019, photo a man puts his Visa card on a stack of cards for a split check at a restaurant in New Orleans. According to a NerdWallet study $35 is the average fee the country’s largest banks charge customers who overdraw their accounts. (AP Photo/Jenny Kane)

A night out to the movies. A new shirt. Groceries. These are all things for which many people would gladly fork over $35. But overdraft fees? Not so much. And yet, that’s the average fee the country’s largest banks charge customers who overdraw their accounts, according to a NerdWallet study. These fees occur when banks approve transactions that exceed an account’s balance. They are often assessed per transaction, so customers could face multiple fees in a day.

The study also found that the average credit union overdraft fee is nearly $10 less than that of large banks. Other institutions, including some online banks, don’t offer overdraft programs, and so debit card transactions that would overdraw an account are declined. That means the customer wouldn’t be charged an overdraft fee at all.

In our analysis, we calculated the average fee at institutions that charge for overdraft protection and outlined ways customers can reduce or avoid these costs.

–$35: The average per-item overdraft fee in September 2019 for personal checking accounts at the country’s largest banks.

–58%: The percentage of surveyed banks that charge overdraft fees that indicate they also charge continuous overdraft fees for accounts that remain negative for several days.

Customers have to first “opt in” to a bank’s overdraft protection program. This gives the institution permission to clear a transaction even if there is not enough money to cover it in the account. Approval for each transaction happens at the bank’s discretion. If cleared, the bank generally charges an overdraft fee.

At the beginning of the month, Jackie authorizes payment for her electric bill, due on the 15th. But by the time the due date rolls around, she has had a few unexpected expenses. The electric bill is processed as scheduled, but it sends the account into negative territory. Later that day, without checking her account’s balance, Jackie buys lunch using her debit card, and uses the card once more to pick up detergent later that evening. The bank approves all three transactions, but issues $35 overdraft fees for each.

And things may still get worse for Jackie. More than half of the banks surveyed charge extended overdraft fees — also called “continuous” or “sustained” fees — for accounts not brought up to a positive balance within a few days. Extended overdraft fees can range from $6 to $38.50, with some recurring on a daily basis, depending on how long the account stays negative.

If an account is not brought up to a positive balance, the bank could close it and report the account to a consumer reporting agency, such as ChexSystems. Having a ChexSystems file can make it harder to open a new account elsewhere.

If you are charged an overdraft fee, it’s worth asking your bank or credit union for a fee waiver. The institution may forgive the charge, especially if you have a good deposit history and no previous overdrafts. You may also want to ask your bank if it has a formal forgiveness program. Some institutions have policies to waive the first fee charged each year. Here are some other ways to avoid future fees:

Banks generally will let customers designate a savings account or line of credit to serve as a backup source of funds in case the checking account is overdrawn. Some banks offer this service free of charge. Others may assess a transfer fee of around $10. It’s a cost, but it’s much smaller than the typical overdraft fee. If the backup account is a line of credit, customers will also need to pay interest on the amount borrowed.

2. OPT OUT OF OVERDRAFT ­COVERAGE.

If you’re signed up for an overdraft program, ask your bank to remove you. Without the protection, any debit card transactions that would overdraw your account would be declined at the point of sale. While that’s inconvenient, at least you won’t pay overdraft fees. If you write a check that overdraws your account, however, you might still be charged a nonsufficient funds fee, even if the check is returned.

3. CONSIDER SWITCHING TO A BANK THAT DOESN’T OFFER AN OVERDRAFT PROGRAM.

While you can ask to opt out of overdrafts at any bank, you also have the option of switching to an institution that doesn’t have an overdraft program, so it wouldn’t charge fees. As noted above, any debit card merchant transactions that could overdraw your account would be denied.

Some banks have policies that limit the number of overdraft fees they will charge a customer per day. Others don’t have overdraft programs and don’t charge overdraft fees. To compare, you can read this overview of recent overdraft fees at various institutions. 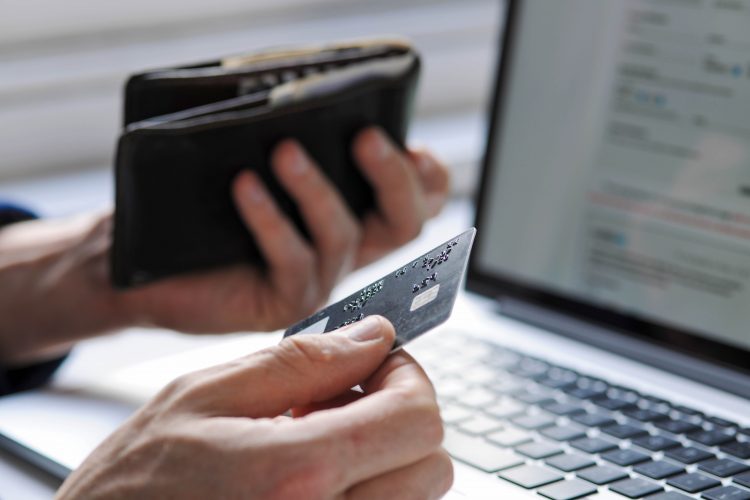 Is it possible to have too much credit?

APPLETON, Wis. — Lizzy Lynch of Escanaba has graduated from Lawrence University with a Bachelor of Arts in ...

It defines countries, states, counties, townships, cities, and towns; they have one thing in common — boundaries. ...

Bruce gets degree from UW-Superior

SUPERIOR, Wis. — James Bruce of Gladstone has earned a Bachelor of Science degree in biology: pre-medicine and ...

Dear Annie: My husband and I have been following the recommendations for protecting ourselves and others from ...

We need the Great Lakes tunnel