Stop fiddling with the food! And other mistakes 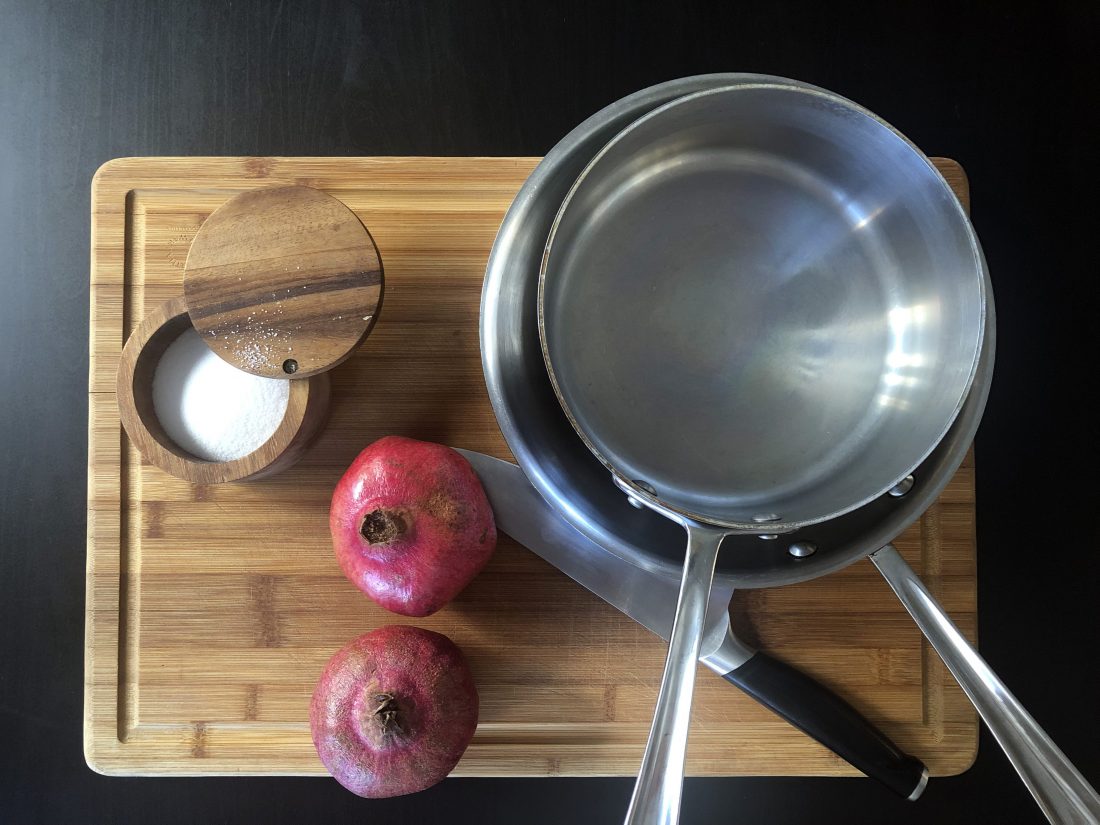 This Oct. 2 photo shows kosher salt, a couple of pans, a chefs knife and two pomegranates on a cutting board displayed in New York. From avoiding unsalting to making sure you're not working with a dull knife, there are certain mistakes that are pretty easy to avoid in the kitchen, once you know what to look out for. Others include not fiddling with the food while it cooks and not forgetting about carryover cooking. (Katie Workman via AP)

We all love getting kitchen tips, those little tricks we should be doing to make us better cooks. But sometimes it’s the things we should stop doing that matter.

A dozen common kitchen mistakes, and how to easily correct them:

1. NOT READING THE ­RECIPE ALL THE WAY THROUGH

Before you start cooking, make sure you a) have all the ingredients, b) think through the timing of the steps and c) look up directions that might be confusing. This way, you don’t find yourself staring at the recipe in dismay when the words “marinate overnight” or “chill for at least four hours” pop up at the same moment your kids yell, “What’s for dinner?”

2. USING TOO SMALL A TOOL

Ever try blending dough in too small a bowl? Transferring a casserole into a too-tight baking dish? Chopping a pound of spinach on a tiny cutting board? Using a paring knife to dismantle a squash? Bigger is mostly better when it comes to kitchen prep. It means less mess, less overflow in the oven and, often, more safety.

As you get more comfortable in the kitchen, you will learn to multi-task, so you are mincing fresh herbs while the chopped onions are browning. But if you’re still getting your kitchen sea legs, have all your ingredients prepped and ready to go before you begin cooking. The French call this mis en place, or everything in its place. It means that when the recipe says, “add onions, garlic and oregano to the pan,” the onions are chopped, the garlic is minced and the oregano leaves are pulled from the stem before you start cooking any of them.

4. WORKING WITH A DULL KNIFE

Sharp knives are safer than dull ones that slip and slide. If you don’t have a knife-sharpening tool, or feel intimidated by the task, “There are lots of stores and services that can help you out,” says Alison Cayne, founder of Haven’s Kitchen cooking school in New York City. “You are not expected to know how to sharpen yourself!” Many kitchen stores, like Williams-Sonoma or Sur la Table, will sharpen knives, and you can look for other places online. You might even be able to get your knives picked up and dropped off.

5. FIDDLING WITH THE FOOD AS IT COOKS

“Leave it be!” says Cayne. “So many people feel the need to poke and stir and flip way too early. Let your meat char on the grill before trying to flip it. Let your broccoli sear in the pan before tossing.” Only when food has some sustained time up against direct heat will it brown and caramelize.

6. TAKING THE ­SUGGESTED COOKING TIME ON THE PACKAGE AS GOSPEL

“When I cook pasta at home, I never follow the cooking times on the package. I generally cook it two minutes less. This way, after you strain it and it sits a little, it won’t overcook,” says Bill Telepan, executive chef at Oceana Restaurant in New York. “Even better,” he says, “if you put slightly undercooked pasta directly into the sauce and let it simmer for a minute or two, it will flavor the pasta better.”

Remember to account for “carry-over cooking” — the fact that when you take food from the heat, it will continue to cook. Carry-over cooking is often discussed with meat, since meat’s internal temperature will continue to rise even after you pull it from a hot pan. Pork chops can go from just done and juicy to dry and tough. But carry-over cooking also applies to lots of foods, including baked goods and vegetables. Roasted asparagus that comes out of the oven tender can get too soft upon sitting, so pull it out a few minutes before it’s reached the doneness you are looking for.

8. CUTTING MEAT BEFORE IT’S HAD A CHANCE TO REST

Allowing meat and poultry to sit for a while after it is removed from the stove, grill or oven not only lets it finish cooking but ensures that the juices stay inside, where they belong. When meat cooks, its protein fibers contract, and if you cut into it right away they won’t have had a chance to relax and reabsorb the juices. This is why you might cut into a steak right off the grill and see it perfectly cooked to a beautiful rare or medium rare, and then a few minutes later it seems to have lost its rosy hue, and all its juices are on the cutting board. Let thick steaks rest 8 to 10 minutes before cutting. Big roasts or whole birds should rest between 20 and 30 minutes before carving. This may seem like a long time, but rest assured the meat will still be warm.

Dana Cowin, editor in chief of Food and Wine Magazine for over 20 years, and author of “Mastering My Mistakes in the Kitchen,” says that after working with numerous chefs and experts, “Here’s what I learned NOT to do: Don’t get distracted. Don’t answer your email, help your kid with homework or catch up on the news. When you’re distracted, that’s when the pine nuts burn, the butter blackens, the caramel hardens, the chicken dries out, the meal gets ruined.”

10. SEASONING THE DISH ONLY ONCE

Don’t just salt the onions you are sauteing for the sauce and call it a day. Conversely, don’t make the whole sauce recipe and add salt at the end. Add a bit of salt, and adjust other seasonings as you build the dish, tasting as you go, if possible.

11. FORGETTING TO SALT THE COOKING WATER

Add salt to the water — whether for pasta, vegetables, poaching shrimp or chicken — until it actually tastes salty. Your food won’t absorb all this salt by a long shot, but it will become seasoned and more flavorful. For pasta, grains or some vegetables like potatoes, this really makes a difference, as the starch is absorbing the salted water as it cooks.

12. SKIMPING ON THE TIME IT TAKES TO FULLY PREHEAT YOUR OVEN

The beep indicating your oven has reached the desired temperature is probably a bit premature, says Dorie Greenspan, author of the cookbook “Everyday Dorie: The Way I Cook.” Says Greenspan: “An oven repair person once told me that when the light on my oven indicated that it had reached temperature, I should wait another 15 minutes before putting in whatever I was baking. The oven needs that time to be truly at temperature, and to be able to hold its temperature when you open the door. This is particularly important with cookies because they bake for such a short time.” She advises keeping a thermometer in your oven.

Katie Workman writes regularly about food for The Associated Press. She has written two cookbooks focused on family-friendly cooking, “Dinner Solved!” and “The Mom 100 Cookbook.” She blogs at http://www.themom100.com/about-katie-workman. She can be reached at Katie@themom100.com.

Legion steak dinner GLADSTONE — The American Legion in Gladstone will be having a steak dinner on Thursday, ... 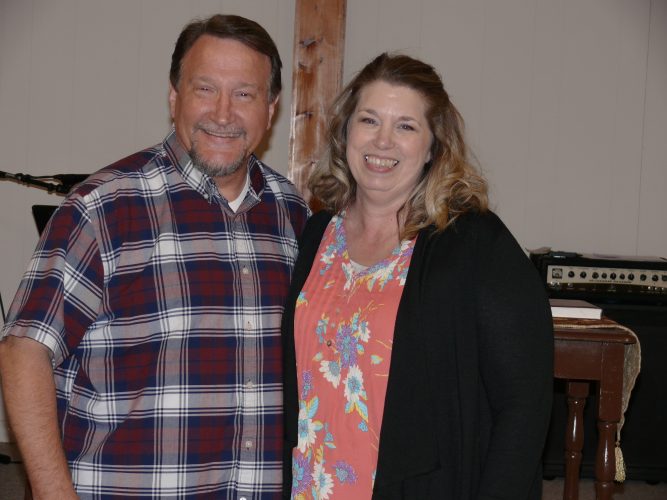 Communication is important to get him off the couch

Dear Annie: I have been seeing this guy for about eight months now and don’t know how to explain what the ...