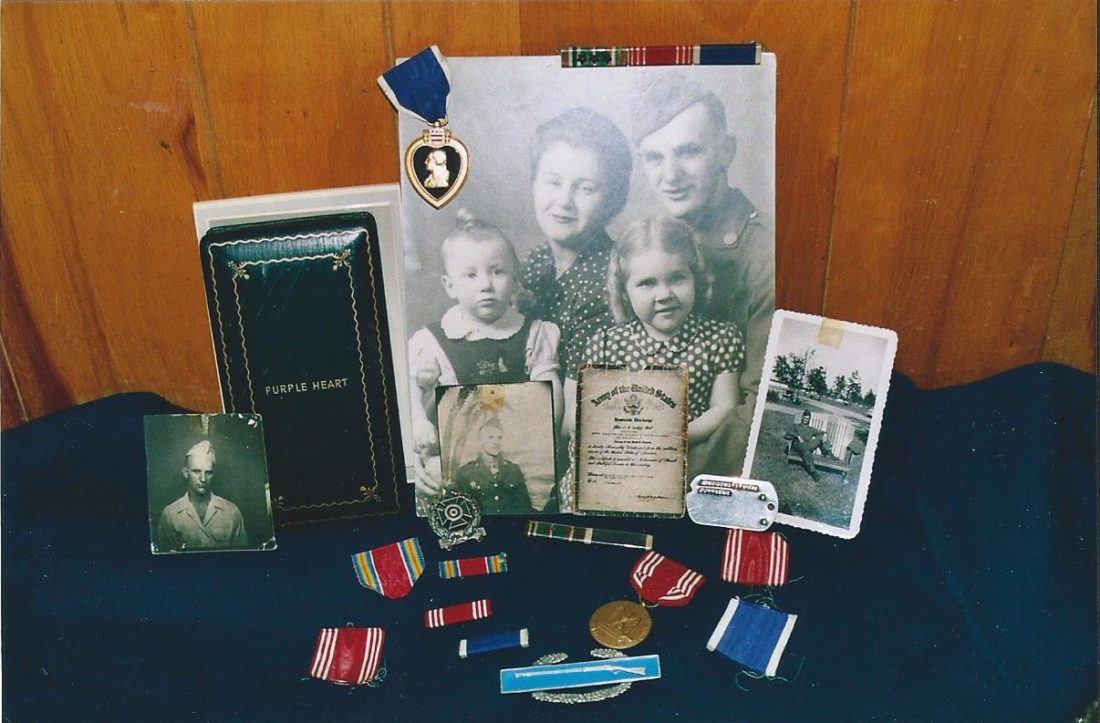 Karen Wils photo Above, photos and medals from Grandpa (Lawrence ) Wils are shown.

No hype. Somewhere between autumn and winter, it’s a day that is often gray and cold. Plain and ordinary, without much fanfare, Veterans Day is a silent salute. It is a very important day indeed!

Some towns have parades and ceremonies in the park to honor those who have served our country. Some businesses and restaurants offer veteran discounts on the week of Veterans Day.

In 1938 November became a national holiday. In 1954 the holiday was renamed “Veterans Day.”

Whereas Memorial Day commemorates all the men and women that gave their lives for our country, Veterans Day is a thank you to all who have served.

I grew up in the shadow of the Vietnam War. I remember a neighbor boy, just a few years older than my brothers, going and not coming back alive. I remember POW bracelets (prisoner of war) and watching it all on the nightly news.

I had an Uncle Richard who went to Korea as a young man. I’m told he was so charming, athletic and aspired to be a doctor. But after driving an ambulance in the war zone, he came back a changed man. The sacrifices some families gave were great.

It is easy to find problems with our country today. But every once in a while, we should just think how lucky we are and how better off than a lot of other countries.

We owe our freedom and our way of life to the many generations of servicemen and women. Many of our grandpas and great-uncles don’t talk about their army or navy experiences. Sometimes, all that’s left of those days is a photograph or two tucked away in a closet or attic.

If you come across a picture of a relative in a uniform, ask about it. Maybe a pilot, solider, nurse, radioman or medic is in your photo albums. Talk about their story with pride to your children.

We often take so much for granted here in the U.P., from our right to vote to our right to go hunting. It is so good to have a day like Veterans Day to appreciate the people who served and are serving our country.

Pray for peace. Say thank you to a veteran when you get the chance and go on a photo hunt at your house. Give your family a history lesson through pictures of a cousin in the Gulf War, or grandpa in WWII, or great, great-grandpa in a doughboy uniform…

Dear Heloise: With my children home all day, I’ve done more baking than usual. Since my kids are very young, they ...

Spending time teaching among the trees

“Time spent among trees is never wasted.” Katrina Mayer Most people think of trees as something to plant for ...

ALMA, Mich. — Alma College has released the dean’s list for those students who achieved outstanding academic ...