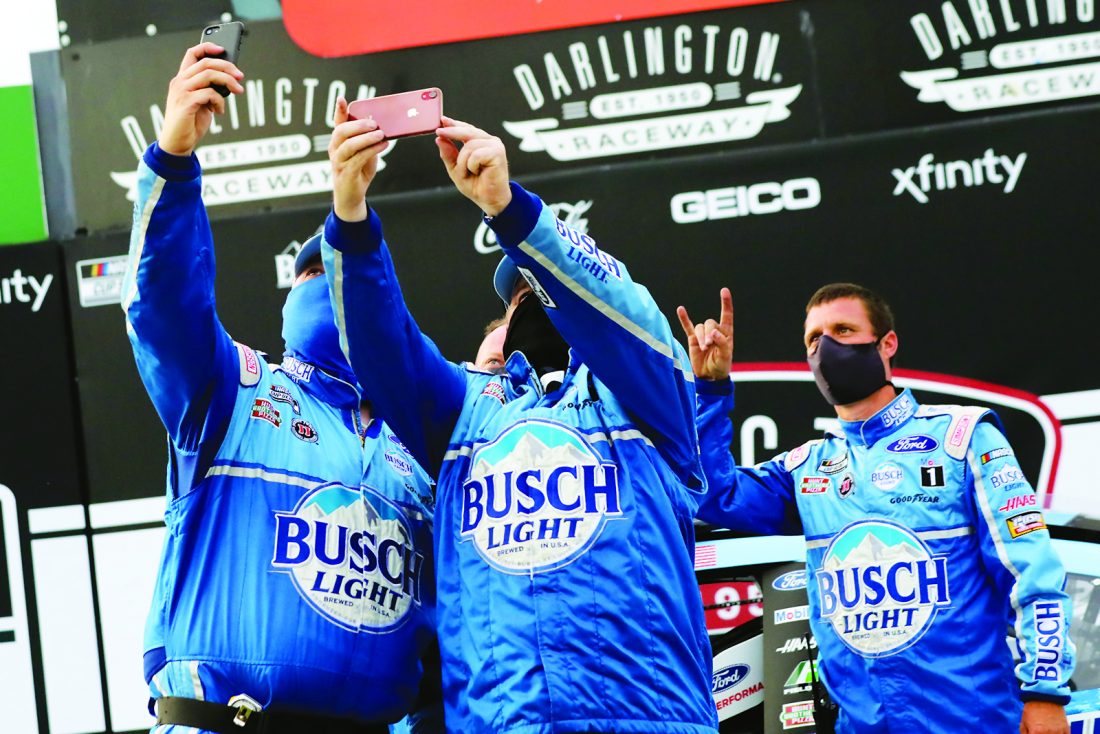 DARLINGTON, S.C. (AP) — The odds were against NASCAR flawlessly executing its reopening plan, which was a potential standard-setting moment for other professional leagues to follow in this new normal of sports.

No plan is ever perfect and all the assistance from outside health officials couldn’t protect NASCAR from the obvious flaw in its procedures: The system in large part is based on the honor code.

A sport with a storied history of cheating, lying and sometimes stealing in the name of winning expects its participants to tell the truth if they aren’t feeling well, practice social distancing at the track and at the shop, and wear face masks.

Cloth over your face for 12 hours under the South Carolina sun is not ideal. Yet everyone complied Sunday at Darlington Raceway and NASCAR — a series often criticized for being consistently inconsistent and making up rules on the fly — successfully staged a spectator-free event.

“They pulled this thing off and it feels a little like a Christmas miracle,” said driver Brad Keselowski.

Things could have gone awry starting at sunrise when crews pulled off through an obscure entrance and into a gravel lot. Officials with clipboards and thermometers waited ahead.

If NASCAR had not set staggered arrival times, the system could have broken right there with 900-something vehicles trying to enter at the same time.

Instead, every entrant had their forehead scanned, temperature logged on a list and not a single person was turned away.

NASCAR is not testing for COVID-19 but believes its social-distancing protocols ease the risks.

“I think everybody found their groove,” said NASCAR executive vice president Steve O’Donnell. “Didn’t have to tell anyone or remind anyone to wear a mask. I think the industry really came together and did a tremendous job to enable us to get to the race.”

There was no other choice for NASCAR, now in a survival mode approach to get cars back on the track.

Money can’t be made if races aren’t run and a shutdown since March 13 wounded every area of the industry.

Wallets already hit, few seemed daring enough to mess this up for themselves or the sport.

Kevin Harvick had no true victory celebration for his 50th career win.

On the desolate frontstretch, he noted the eerie silence of the empty grandstands in an “awkward” post-race session with Regan Smith, the only Fox Sports reporter sent to the track.

“Usually you get out of the car and the crowd is screaming and yelling,” said Harvick, adding he was unsure what to do. “You’ve got Regan from Fox six feet away, a masked man, I didn’t know if I was supposed to put a mask on and talk to him.”

Harvick noted his team didn’t get a chance to celebrate with the car, but “in the big picture of things, being able to do what we did — and that’s race — is what everybody wants to do.”

The effort must continue to keep the engines running. NASCAR has eight more Cup Series races scheduled over the next 35 days and it includes three Wednesday night races. The Cup cars last ran on a Wednesday in 1984, Richard Petty’s 200th and final victory.

It’s a heavy workload for race teams and stamina will be tested for drivers now running multiple times a week. But in getting past the first test, there is hope.

“This was a really big moment for the sport to be able to pull this off,” said Keselowski. “Up until probably two or three hours before the race I was ready for something to go wrong. Like, alright, what is it going to be? Is someone going to be sick? Is there going to be somebody boycotting outside the race track? Nobody did. Nothing bad happened.

“It would have been really, really easy to just say, ëWe will wait for the NHL, NFL or NBA to be the guinea pigs.’ (NASCAR) didn’t take that attitude and I have a lot of respect for them making that decision.”