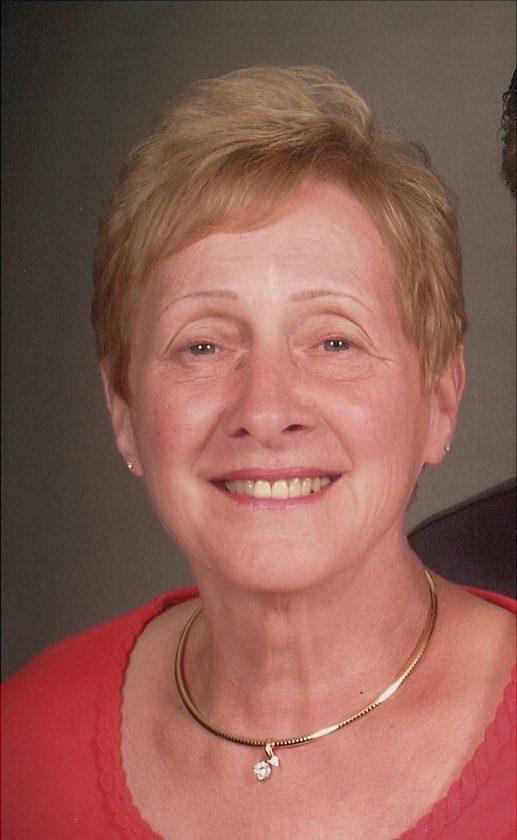 CORNELL — Darlene J. Kelloniemi, 73, of Cornell, passed away on Sunday evening, Oct. 6, 2019, at her home surrounded by her loving family following a lengthy illness with cancer.

She was born on Dec. 5, 1945, in Escanaba, daughter of Robert and Joyce (Benard) Cousineau. Darlene graduated from the Escanaba High School, class of 1964.

On April 23, 1966, Darlene married the love of her life, Kenneth Kelloniemi, at St. Thomas Church in Escanaba.

She enjoyed crocheting, camping, being with her children and grandchildren. Darlene lived to watch her grandkids and attend all of their events. Her biggest and greatest accomplishment was raising her kids. She was a beloved mother and grandmother.

Darlene was a member of Holy Family Church in Flat Rock and Knights of Columbus Auxiliary. She volunteered at St. Vincent de Paul and at the Cancer Alliance.

She touched the lives of many and will be greatly missed.

Visitation will be on Thursday, Oct. 10, from 2 to 5:30 p.m. at the Crawford Funeral Home, 302 S. 13th St., Escanaba. Parish prayers will be said at 5:30 p.m. The Mass of Christian Burial will be on Friday at 11 a.m. at Holy Family Church in Flat Rock with Rev. Francis Dobrzenski officiating. A meal will immediately follow in the church hall.